To celebrate his 20 years in Amateur Radio on Digital modes (and his birthday) Jose Rivera Salaman - KP4JRS will be on the air with the Special Event Call K4J from March 14th to the 29th, mostly on RTTY and PSK31.

Jose has been very active chasing DX as well in Amateur Radio contests on RTTY, receiving certificates and awards for his participation on them, and for specializing on the 30 meter band, for which he also has received awards for operating in what is now his favorite band.

At the same time, his father, Jose Sr. - KP4JFR, and his sister Vilmarie - NP3YL, have also entered on Digital modes, many times being the only ones who appear in the lists of participation, and winning RTTY contests in Puerto Rico, something that has turned into a "family matter".

K4J will be on the air on various bands operating on RTTY and PSK31, and if in Puerto Rico, you would like to contact Jose, he will be during the evenings on 147.480Mhz, where he communicates with his family and amateur radio friends.

An electronic Certificate can be obtained via

Note: Log will be updated frequently during the special event.

** Request the Certificate online sending an email to k4j.certificate@gmail.com

** We will check the log to see if you worked us, then will send the electronic Certificate 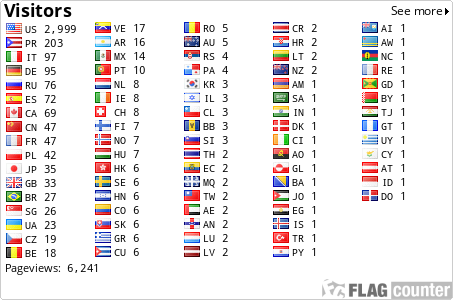